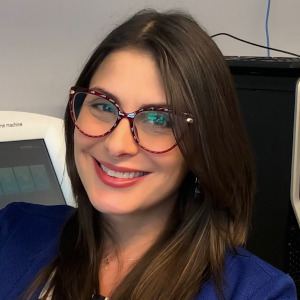 Dr. Ingrid Montes-Rodriguez was born in Rio Piedras and raised in Ciales, Puerto Rico. She did her B.S. in Industrial Biotechnology and her Ph.D. in Biophysical Chemistry at the University of Puerto Rico Mayaguez Campus. During her doctorate she did her research in the laboratory of Human Genetics and Genomics of Dr. Carmen Cadilla at the Medical Sciences Campus where she trained in the area of mechanisms of gene expression and molecular genetics. She started at the UPR Comprehensive Cancer Center as a postdoctoral fellow in 2016 where she helped establish and develop the facilities of the “Puerto Rico Omic Center” (PROMIC) of this institution as a specialist in genomics. She currently directs PROMIC as a research scientist of this facility. She has collaborated in several projects on gastrointestinal cancer, acute lymphoblastic leukemia in children, thyroid cancer, unusual genetic diseases in Puerto Rico, among others. His interest is focused on the ancestral genetic contribution in hereditary syndromes that confer a higher risk of cancer in Puerto Ricans, such as Lynch syndrome, and its correlation with its etiology and the different cancer phenotypes. Her contribution as a geneticist focused on the Puerto Rican population has led to a better understanding of how genetic variation contributes to the health disparities observed among Hispanics in Puerto Rico compared to other ethnic groups.