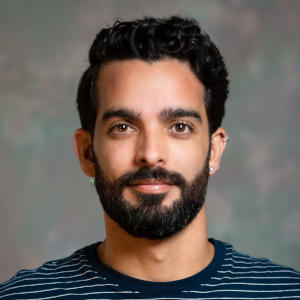 Eduardo received formal training as a synthetic organic chemist as an undergrad at the University of Puerto Rico – Rio Piedras graduating with a B.S in Chemistry in 2008. He left his home country to pursue a graduate degree at the University of California – San Diego, where he worked on the total synthesis of bioactive natural products and received his Ph. D. in Organic Chemistry in 2014. After working as a medicinal chemist for several years at Arena Pharm. Inc, he was awarded a post-doctoral NIH Cancer Training Grant to join Scripps Institution of Oceanography in 2016. He worked at the Center for Marine Biotechnology and Biomedicine under the supervision of Dr. William Gerwick studying isolation, synthesis, and biological characterization of cyanobacterial natural products. Currently, he is an assistant professor of medicinal chemistry at the University of Puerto Rico’s School of Pharmacy within the Medical Science Campus.