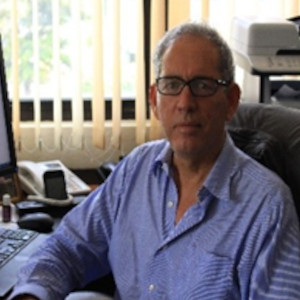 Dr. Jaime Matta obtained his D.Sc. and Ph.D. degrees from the University of California, Los Angeles (UCLA). He was a recipient of a University of California President’s Postdoctoral Research Fellowship. He is Professor of Pharmacology and Toxicology at Ponce Health Sciences University, and a Senior Investigator at the Ponce Research Institute with over 30 years of experience in research focused on toxicology and cancer. He has pioneered the development of multiple programs in these areas.

His laboratory has primarily focused on conducting translational cancer research in large scale population studies, with emphasis on the role of DNA repair as a risk factor for breast, prostate, and skin cancers, identifying DNA repair genes involved in cancer susceptibility, and studying epigenetic mechanisms by which such genes are regulated and silenced. He currently has projects related to studying the link between immune responses in breast cancer and DNA repair dysregulation in Hispanic women. With Dr. Jong Park (Moffitt Cancer Center) and Dr. Gilberto Ruiz-Deya (San Lucas Hospital & PHSU), they have a U54 pilot study to examine the role of DNA methylation in predicting the aggressive phenotype of prostate cancer in Puerto Rican men. With funding from the Puerto Rico Science & Technology Trust, he is also actively involved in studying the epigenetic regulation by exo-miRNAs in multiple endpoints involved in breast cancer. With Dr. Marcia Cruz-Correa (PRCCC), they are developing a new study titled “Lynch Syndrome and DNA repair capacity as a surrogate marker for disease phenotypic variation”. In 2019, Dr. Matta received the prestigious award from Frontiers in Stem Cells in Cancer from the University of Pittsburgh.

In addition, Dr. Matta is currently the contact Principal Investigator (PI) of the U54 PACHE PHSU-Moffitt Cancer Center (MCC) Partnership Grant, aimed at expanding PHSU’s research capabilities in basic and clinical sciences, strengthen the Puerto Rican tumors biobank, and establish a network and infrastructure to reduce health disparities in the treatment of cancer in Hispanic patients. He is also Co-leader of the Planning and Evaluation Core (PEC) and is actively involved in mentoring the next generation of basic and clinical scientists and physicians involved in cancer