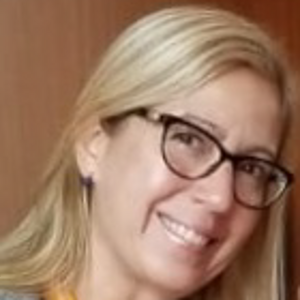 Dr. Fernández has been dedicated to the development of infrastructure strategies for research support. Her formal education is in Epidemiology and in Education and Curriculum development, with her masters and doctoral level dissertations directly related to HIV/AIDS research. Over the last 24 years, she have contributed as an HIV and Cancer researcher in the area of data management in statistical methods, and in research support cores from a multidisciplinary standpoint. Since 1995, she have been working in the Retrovirus Research Center (RRC) HIV Data Core at UCC where she was recruited as the RRC epidemiologist and between 2004 and 2009, became the Co-Principal Investigator. She was also the Co-Director of the Data Core of the Puerto Rico Center for the Study of HIV Health Care Disparities (PR-CCHD); a collaborative multi-institutional effort between the three principal schools of medicine in Puerto Rico during 2003-2009. She was the principal investigator in the RO1 type intervention study entitled: “A Supportive Model for HIV Risk Reduction in early adolescents (ASUMA Project)”. In addition, she was the Co-PI in an RO1 type pilot project entitled “Hepatitis-C Multimedia Prevention Program in Poor Hispanic HIV-Infected Injecting Drug Users”. In 2009, she was appointed PI/Director of the Data Management and Statistical Research Support Unit (DMSRSU) (2009 to present). Since 2010, she is the Co-Leader of the Puerto Rico Clinical and Translational Research Consortium (PRCTRT) Research Design Biostatistics and Ethics Unit (RDB) – grant U54MD00758 – and since July 2012, she has served as the RDB Training Component Coordinator. As the RDB Co-Leader, she has been actively involved in the review of Pilot Projects submitted to the PRCTRC Pilot Project Program and in the RDB database. She also provided support as consultant for researchers. Recently, she was promoted RRC Director and PRCTRC Program Director. She is also Associate Professor at the Internal Medicine Department at Universidad Central del Caribe and First Year MD Coordinator.